I wanted a word clock - they’re expensive. So I built one.

This is my first electrical engineering project. I designed and assembled it from scratch. There are definitely some rough edges.

Here’s the inside of the clock: 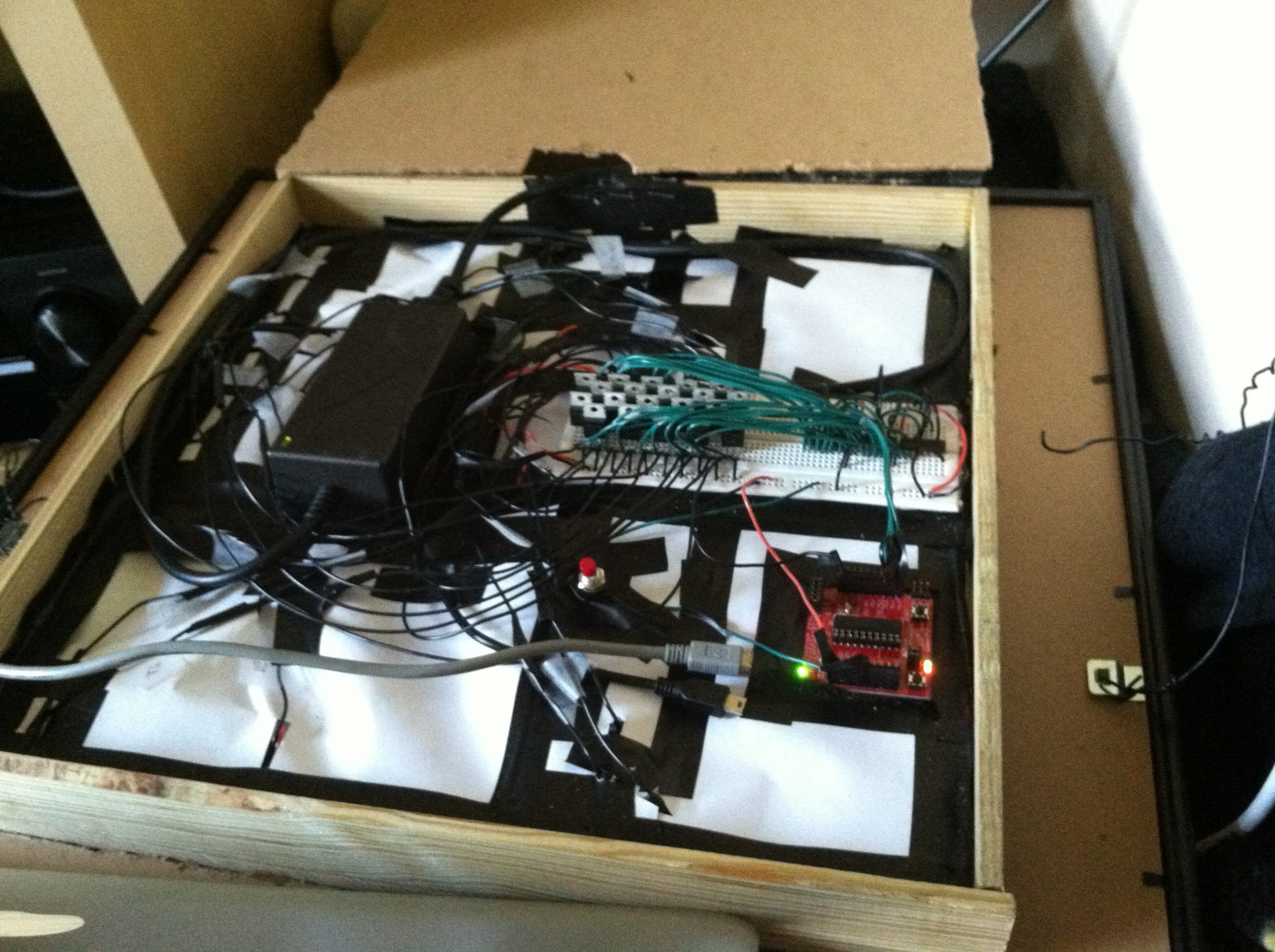 It’s… not pretty. But it works. There’s - An MSP430 with a 32 KHz crystal for keeping time - A bank of mosfets to allow the MSP430 to control the 12 volt LED strips - A set of three 8-bit shift registers to control the sections of the clock - A power supply that outputs both 5 volts and 12 volts. - the 12v powers the LEDs - the 5v is wired to the USB port of the MSP430 launchpad, which then drops it down to 3.3v - A single button to set the time (missing a pulldown - more on that later) - The letters are several layers of laser printer transparency film with a pattern I designed.